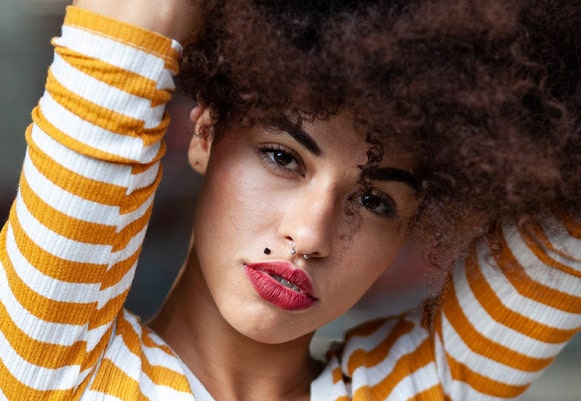 Who does not like clean, glowing and flawless skin?

A single pigmented lesion on skin can make it look unattractive. Moles or warts are those few benign non-cancerous lesions (may rarely turn malignant also) which though usually painless but can make your skin look repulsive and unattractive. On the other hand a corn can not only be a source of pain but also discomforting while walking.

Let us understand what exactly these three are and their mechanism of development.

What is the difference between a mole or a wart?

A mole is a pigmented, elevated or flat, skin lesion which is usually benign i.e. non-cancerous & painless. On the other hand, warts are small cauliflower like growth, typically traced on the hands, feet, neck, face, genitalia or in different locations of the body; specially at the friction sites. These both are usually benign but rarely may turn cancerous, so it is always advisable to remove them. Both impart an ugly look to the skin and may compel the patient to keep it covered with clothing.

What are the causes of Moles & Warts?

Moles can be congenital or occur in childhood or sometimes late in adulthood. They are usually formed due to excessive pigment production by melanocytes. Moles can be either light colored or deep red colored.
Warts are usually formed at friction sites anywhere on the body and genital warts are mostly due to viral infection, specifically by the Human Papilloma Virus. HPV is an oncogenic virus and is also the cause of many malignancies in the body including cervical cancer, vulval and penile cancer. In general, palmar and plantar warts usually do not have a high rate of contagion, however genital warts are highly contagious.

What is a corn?

A corn is a skin lesion of thick, hardened dead skin caused due to pressure, usually over the sole of the feet. It can form a hard “seed” or “corn” in the centre of surrounding callous (hard skin). It is usually formed on top and sides of the toes due to pressure of the whole body born by the toe against the shoe pressure and is often painful.

How to prevent corns?

Proper fitted shoes with wide spacing is the answer to the prevention of corns.Tight fitted shoe should not be worn for too long.

What to expect in the pre-operative consultation?

Wart, mole or corn removal is essentially an OPD procedure, they are done under local anaesthesia.

What are the treatment options for Warts, Moles and Corn removal?

1. Cryotherapy with liquid nitrogen - This is a simple procedure with quick recovery time. It is often done by a cryoprobe which is a pen like instrument which does not affect the normal tissue but only targets the lesion. It freezes the target tissue which becomes dead and then regenerates afresh. A blister may form after the treatment, which should be allowed to dry up and not burst. The wart may take an average 3 to 4 treatments to fall off.

2. Radiofrequency - This also involves a simple procedure which involves low temperature, high frequency radio energy waves to cauterize the lesion. First a local anaesthesia is injected to make the area numb. Using RF cautery, superficial dead layer of skin is removed till the normal skin is reached which is identified by pin point bleeding on the surface. Usually any dead space or underlying bursa is also eliminated. Stitches are not required usually and tissues are allowed to heal from within on their own. Patients can easily resume their normal activities immediately after.

4. Surgical Excision - This is the oldest and most commonly used method where other resources are not available. First the area is made numb using local anesthetic. Then a circular incision is made around the area of mole or wart or corn keeping sufficient margin involving normal healthy tissue. Hemostasis is secured through electrocautery. If it is a large area, stitches may be required to obliterate the dead space.

a. A small dressing is placed on procedure site which is removed within a week.
b. Pain killers and antibiotics are prescribed for 5 days.
c. You can start walking immediately after the procedure but it is recommended to keep the activities mild until you are fully recovered.
d. A follow up examination is done after 3 and 7 days to check for healing.